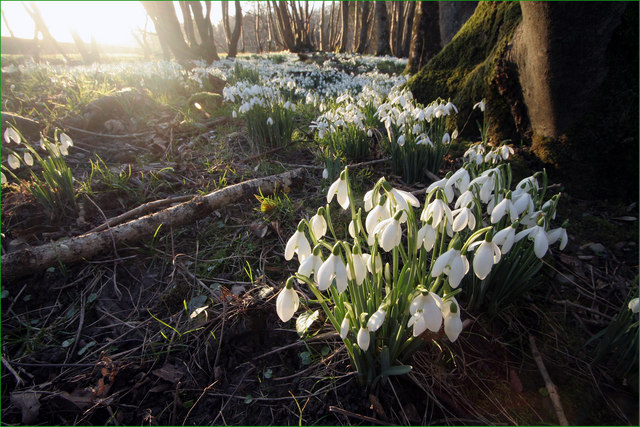 Imbolc (pronounced ee-molk), also known as Candlemas or Brigid’s Day, marks the halfway point between the Winter Solstice and the Spring Equinox.  Celebrated Feb 1-2, it’s sort of the tipping point that reminds us that winter won’t last forever.  The warmth will return, along with the growth of new life, as we turn towards spring.

The word Imbolc means “ewe’s milk”, as this is the time of year many animals are birthing the Spring flocks.  Sheep, goats, etc. are giving birth and need special attention to help ensure safe deliveries.

St. Brighit (Brigid, Bride, and various other spellings – pronounced ‘Bree’ or, sometimes,  ‘Bri-jit’) started as a Celtic goddess and, as other Pagan deities have to encourage conversions, became adopted as a Catholic saint.  Between the two faiths, she’s known as a patron of fertility, the arts, poetry, healing, charity, and prophecy.  She is celebrated still, particularly in the British Isles, by crafting an effigy doll or a St. Brigit’s Cross (‘how-to’ in the link) and with the lighting of lamps or candles.  Another tribute to the ever-lengthening days.

An Imbolc rit my church did one year involved planting a seed in an eggshell and a visualization on the ways we wanted to grow in the coming seasons.  Eggs and freshly planted seeds are also means of celebrating this time-honored Sabbat.  Sometimes we need the reminder that, no matter what is happening in life, new things will continue to emerge.  There’s always room to grow, and learn, and evolve, and improve.

Yesterday, I focused more on the planting of new seeds than anything else.  Now that I’m working outside the home (more steady than freelancing allowed for), I’m saving up to repair the elements of my garden.  I didn’t use it at all last year and the cats have since destroyed the flimsy fence we threw together to section the garden from the yard and it’s become overgrown.  This year, I intend to revive and improve it.  Instead of trying to go big, all at once, I’m keeping it basic and will add to it as I go, as I’m able.

As a side note, yesterday was also a waxing moon in Taurus.  Today is, as well.  A waxing moon in a fertile sign is always good for planting, transplanting, etc.  Things planted under Taurus are believed to grow sturdy and be productive.  I considered this occurring on a fertile holiday my sign to get seeds started.

At some point, I’ll have to do a series on what I’ve learned about ‘Planting by the Signs’ and how it’s been a tradition in both Europe and Appalachia for centuries (probably millennia).  Only becoming a dying art over the last hundred years, it’s reviving now as another “Old-Time Wisdom” we shouldn’t lose.

Whether you celebrate Imbolc, the more secular Groundhog’s Day, or just treat Feb. 1-2 as ‘another day’, I hope it’s spent with loved ones and enjoyed.  Remember that Spring is just around the corner…in another 6-7 weeks (sorry, Groundhog, it’s always another 6 weeks of winter, technically 🙂 ).